Ghanaian award winning rappers Strongman and Medikal links up to serve their fans with another sizzling record.

Strongman features medikal on a song titled BOSSU. The new single was produced by tubhanimuzik. The official music video was directed by Prince Dovlo.

As indicated by the rapper, this set as a lead track off from his yet to be launched 10AM Album, which will definitely be out later this year.

Watch Bossu by Strongman featuring Medikal below and share your thoughts in the comment section of this article. 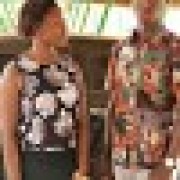 I'm Kala, Ceo at Ghcountdown.com Am also a Nursing Student at Kwapong Nursing Training College. Contact kala on 0546684558 for all Your music uploads and promotions.

With Product You Purchase